St Bede’s is proud to espouse the values of the Gospel when it comes to the sharing of talents and charitable giving. Our pupils, through the house system, often choose charities close to their hearts to support, while the Cornerstone project for the homeless and our volunteering at Lourdes in support of sick pilgrims is ample testament to our Catholicity.

We believe that encouraging students to take the lead in the organisation of charitable events is a great way for them to show leadership and team building skills. We regularly support charities working in Africa and South America and are proud of our students who have worked in orphanages and other projects across the globe. We believe that the reason many of our students go on to be significant voices in the third sector is rooted in the values they have learned at the College.

We know too, that there is much we can learn from those we connect with in other schools and in the community at large. We have begun, but are keenly aware that we can both build on these projects and forge new initiatives.

Our work in the local community includes welcoming year five and six students from a range of primary schools including St Richard’s Longsight to the Maths Challenge, Mathemagic and High Fives netball, while our music and dance groups also give back to the community with workshops and performances at a range of primary schools including Our Lady of the Rosary, Davyhulme. Plans are afoot for G and T students from local secondary schools to work with our pupils in Dance and Performing arts.

The four houses, Siena, Bosco, Campion and Magdalene are supporting a range of charities, most notably Alzheimers UK and Dementia UK this year, including musical visits to local nursing homes. Every year D of E volunteers at the College contribute hundreds of hours to the community as part of their Bronze, Silver or Gold Awards, in projects as varied as community refuge groups, animal welfare organisations, local sports clubs, elderly care and for the Gold Award, residential volunteering in Youth Hostels and zoos. We are an accredited D of E Centre.

Our Chaplaincy group spearheads a number of initiatives including food and clothing donations to Cornerstone, a Diocesan charity for the homeless and playing a key role in the HCPT pilgrimage to Lourdes from the Salford Diocese. Sixth Formers fund raise and then accompany sick pilgrims over their summer holidays. Food donations are also made to The St Vincent de Paul Food Bank and The British Muslim Centre Food Bank, both in Whalley Range.

St Bede’s welcomes pupils from other schools and colleges to attend their bi-annual higher education conference attended by liaison officers from universities across the United Kingdom and beyond. It enables students to ask questions about courses, funding and a range of other issues, which can seem daunting, especially for students who may be the first generation in their family to take this step.

We have for the last fourteen years had a Geology Christmas Lecture, which is attended by students from both our universities as well as those from Aquinas Sixth Form College. The department collects money for the school under the tree, an African project long supported by the college and to which volunteers have been sent.

We also welcome PGCE students from Manchester Metropolitan University and others from a Salford University project where the college provides more significant mentoring.

Bursaries, Scholarships and discounts to assist parents with fees totalled £1,117,000 in 2017-18.In the senior school of 138 students, 1 in 4 were in receipt of some financial assistance. The presence of 547 pupils in the college and 202 in the prep means that 749 pupils being educated at St Bede’s,  saving the UK taxpayer £4.9 milllion from the education budget.

St Bede’s is proud of its place in the local community and we are constantly looking for ways to forge new links. We look forward to hearing from you!

It’s not how much we give but how much love we put into giving. 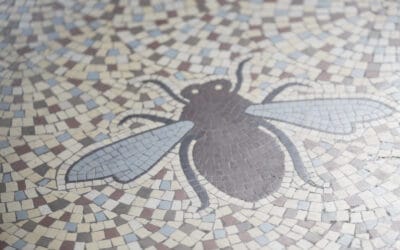 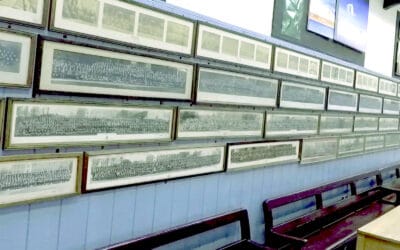 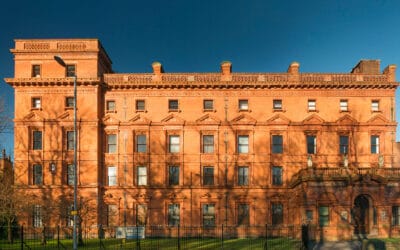 A first class academic, social and moral education in a warm ‘one of a kind’ environment.