With the Academic Hall transformed into New York’s West Side of fire escapes and mean streets, the Jets and Sharks exploded onto the stage with Seamus’ Riff and Amory’s Bernardo leading their troops into a beautifully choreographed turf war. Each actor brought physicality and menace to their role and were ably assisted by their respective lieutenants, most notably Theo, Max and Paul, with his hilarious rendition of Gee, Officer Krupke.

As the gangs moving inexorably towards their fatal encounter, watched by a poignantly powerless Doc played by Tom D, the female cast began to people the stage with a quite beautiful and almost balletic intensity. Naomi’s Rosalia dazzled with her dancing in all its pace and power, while Eve and Keira strutted and preened for all they were worth. A host of young actors showed that the stars of the future are already in the making.

Tony and Maria, played by Tom P and Freya, took on the central roles with poise and sensitivity, not only in the very high quality of their singing, but also in the maturity and nuanced precision of their acting which made the audience believe from the outset. Their duets will live long in the memory. A superbly tortured foil to their star crossed love was Olive as Anita, whose grace and power in the dance routines was all but matched by the emotional depth of her singing and acting. An astonishing all round achievement. 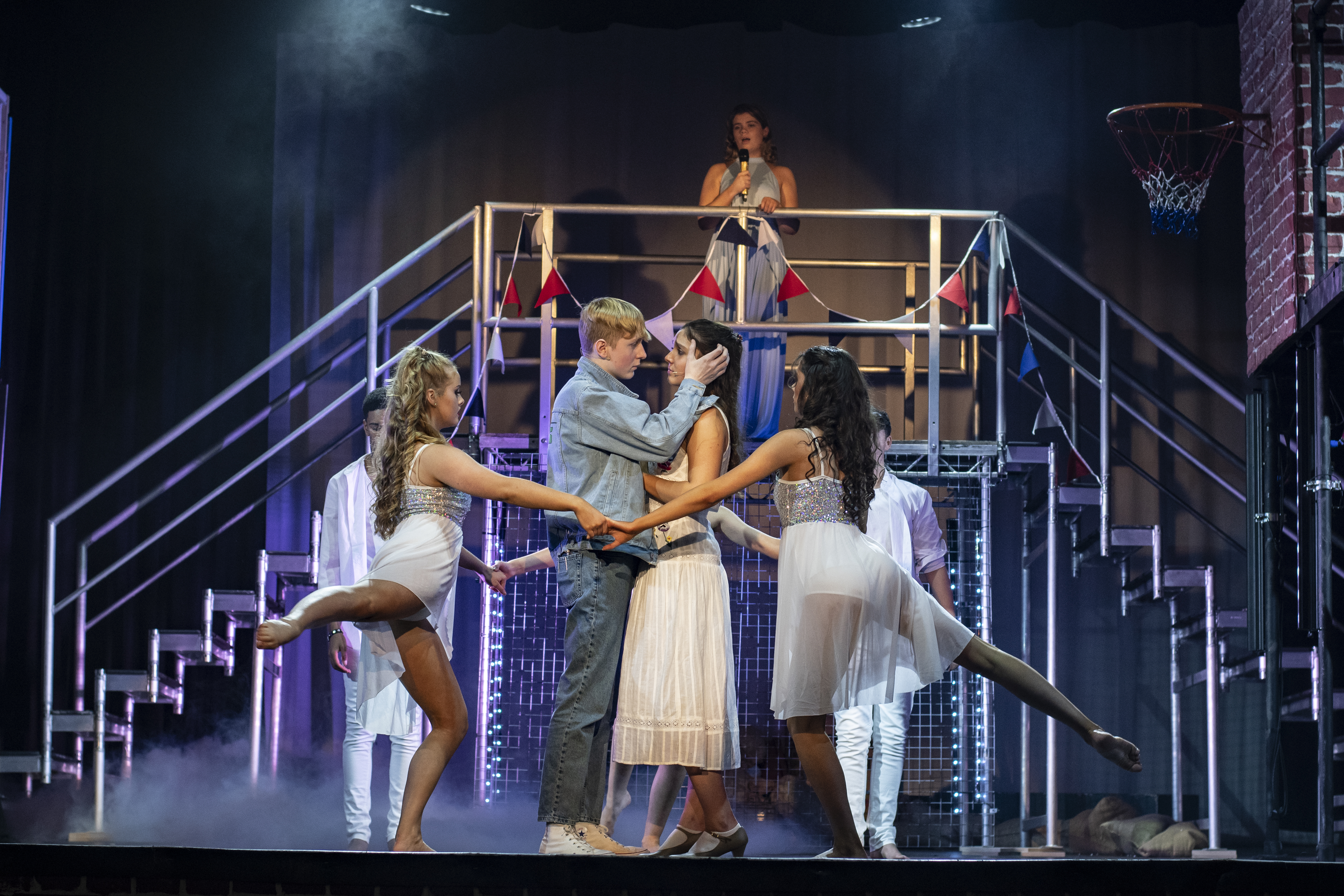